Amber from Huush near the village of Sith on a place known as Bug Nest.

“I was born in a batch just like all my brothers and sisters”
We hunted for our clan and did the same chores. We lived for the tribe and the tribe survived because of us. Our routine was simple, for we hunted, and foraged what we could to barter with the hissers of Huush.
Outside of Huush all the traders and travelers gathered to offer what they had and exchange it for what they needed with life going on. It was always the same except when we went into Huush, Sometimes we would find artifacts which could interest the hissers and in those occasions we’d have the rare opportunity to enter the city.
Inside the city things were different. The first thing you will notice is the silence. It’s deafening. Every transaction is done in whispers between the parties involved and there is no bargaining. After the sun starts to go down everyone knows it’s time to leave. Nobody stays in Huush after sundown.
But curiosity has always been my downfall since I was but a youngling. I always wondered about the city and its inhabitants. Why the secrecy? What are they saying and what’s with all the whispering? What the hell goes on there after sundown?
One day after finding a rather strange artifact my group found itself inside the city, so I decided this was my chance to quench my curiosity. I separated from the group and hid until the sun went down. It was terrifying but exciting at the same time.
I don’t know what happened next. I must have fallen asleep or something because the next thing I remember it was the next day and I was surrounded by the members of my clan.
My friend/brother Kursen was beside me. “Where…”
“Don’t speak. Just listen and do as the elders say” he said to me.

“Amber, you have put the clan in danger with your foolishness. You are hereby banished for the good of all. You are to take your possessions and leave immediately. You are forbidden to return and will be forgotten by all. This judgment is final.”
And just like that I was escorted to the edge of our territory with the few possessions I could call mine. Only Kursen accompanied me.

“Kursen, what happened? I can’t remember anything about last night. How did…?”

And just like that I found myself alone for the first time. That’s the way it has been for some time now. So now I rely only on myself, for I am alone. Now I am one.

That was what Amber remembered…. this is what really happens: The Sound of Silent.

Krav Hue Yinski tries to seduce Amber saying that he likes females with a hard shell. Amber doesn’t want to be a second round dish for him and avoids him.
Krav Hue Yinski is able to convince Amber that he was with Fraxinus to make her jealous. She sings like a cricket that night. 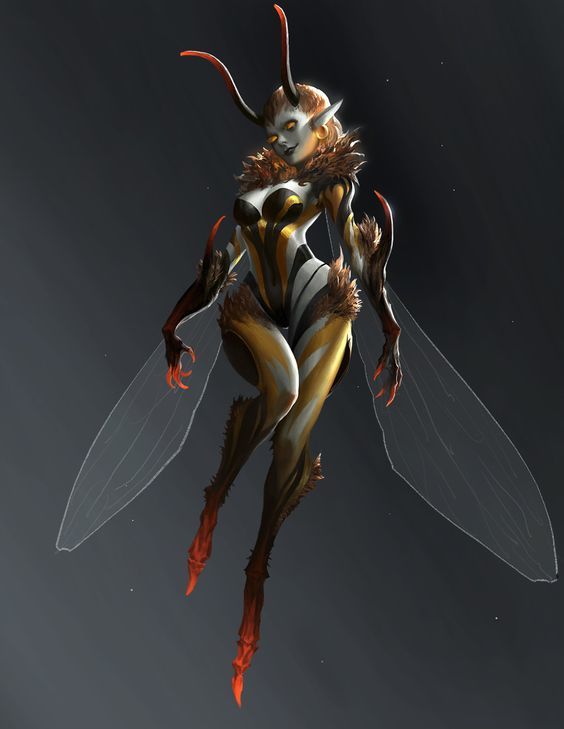