M.A.C. 316-SC, is the given designation of this particular test subject, I was assigned to this one in particular, his conditioning process was done in the the labs of Lone Star were they train them to be part of the “Mutants Annihilation and Control Units”. MAC is also used to abbreviate “Mutant Animal Companion”. He was breed on the state of Lone Star on the LS Psi-Hounds Training Facility.

He was subject to many experiments performed by the infamous Dr. Westin House, to enhance or add abilities he already had as a anthropomorphic dog. His was created to track and eliminate any type of mutants, in The Coalition States, and any other close by. MAC 316-SC. As his trainer, I have been witness to all advances he was put through; he began with small pray, so he could get used to the augmentations he was put through and the technology he was fitted with. He is not very bright, his abilities are of the chart, he is strong, very agile and fast, way fast, he is very loyal to a fault, at least to me, and this is going to be a problem, the Dr. has taken notice of this and I believe he is going to discard him. A couple of days ago I found the order, that he was going to be discarded once his last mission was completed, I talk to him, I told him he was going to be taken away from me, that he had to live, he had to find a way to live his life, and find meaning to what he was and what he could do. He look me in the eyes and told me with a sad face that the way I was talking was very sad. He told me he was going to returned to her. I don’t believe I would ever see him again. This is the part I hate about my job.
- Trainer Elmyra.

Krav Hue Yinski speaks with MAC that it was wise to remove the CS Obedience Collar because the Coalition States can track him with it. " You should still visit a doctor who is familiar with TL: IV and TL: V tracking devices, just in case. "

Born and Raised in the C-States 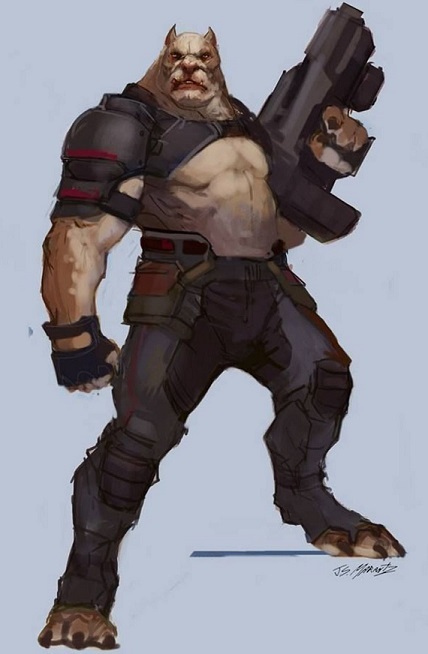